5th Bombardment Group based at Hickam Field, Hawaii had 12 B-17Ds.

The B-17 was to achieve its first taste of combat in American hands at Pearl Harbor. On December 7, The 38th Reconnaissance Squadron with four B-17Cs and two new B-17Es was inbound from Hamilton Field, California to Pearl Harbor on their way to the Philippines to reinforce the American force there. None were armed. They arrived at Pearl Harbor at the height of the attack (radar operators mistakenly thought that the Japanese attack force was this flight arriving from California). Some of the planes managed to land at a short fighter strip at Haleiwa, one set down on a golf course, and the remainder landed at Hickam under the strafing of Japanese planes.

Twelve B-17Ds of the 5th Bombardment Group were parked on the ground at Hickam Field during the attack. Five of these B-17s were destroyed, and eight were damaged. 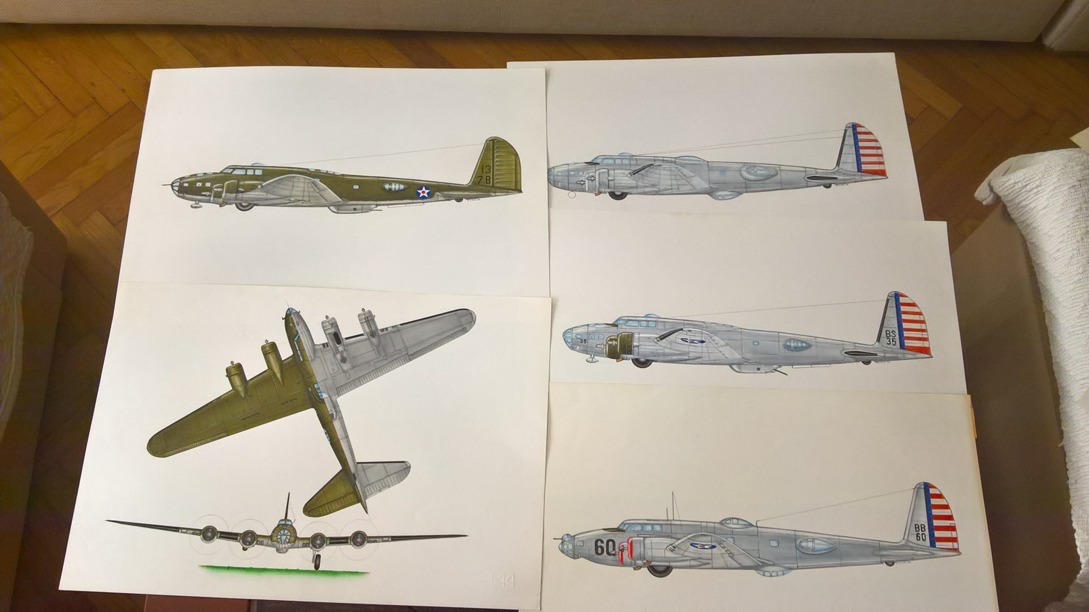 All credit to David Aiken, who addressed this more than ten years ago:

None of the B-17Es had serial numbers on the tail; at the time Boeing had not received any order to place the serials on the tail [that came in early 1942].   Of the B-17Cs which arrived, two came from a modification depot and had the 'last two' digits of the serial applied to the vertical surface. One of these two B-17Cs, '49,' is well known, having run across a ditch wiping out its landing gear at Bellows Field.

There were a dozen NMF B-17Ds already at Hickam Field with the old tail code system, like "80" over "11B" etc.